Tusk, The Best Evernote Client for Linux and Its Review

Author. SAI    On. July 02, 2020
Evernote Linux Internet Software
An application called Tusk is the best Evernote client for Linux and its review. Many Linux people want Evernote in Linux thus the Evernote officially recommends NixNote2 and Tusk to run Evernote on Linux. Both of them are not official application, it is only apps which can work well on Linux to handle the Evernote.

Tusk become unofficial Evernote client for Linux and used by many people in more 140 countries. Tusk is the best Evernote as a client for Linux environments trusted by the open source community. Tusk is developed using ElectronJS so this application looks like a browser. It means that the interface of Evernote will be same as the Evernote webpage looks. 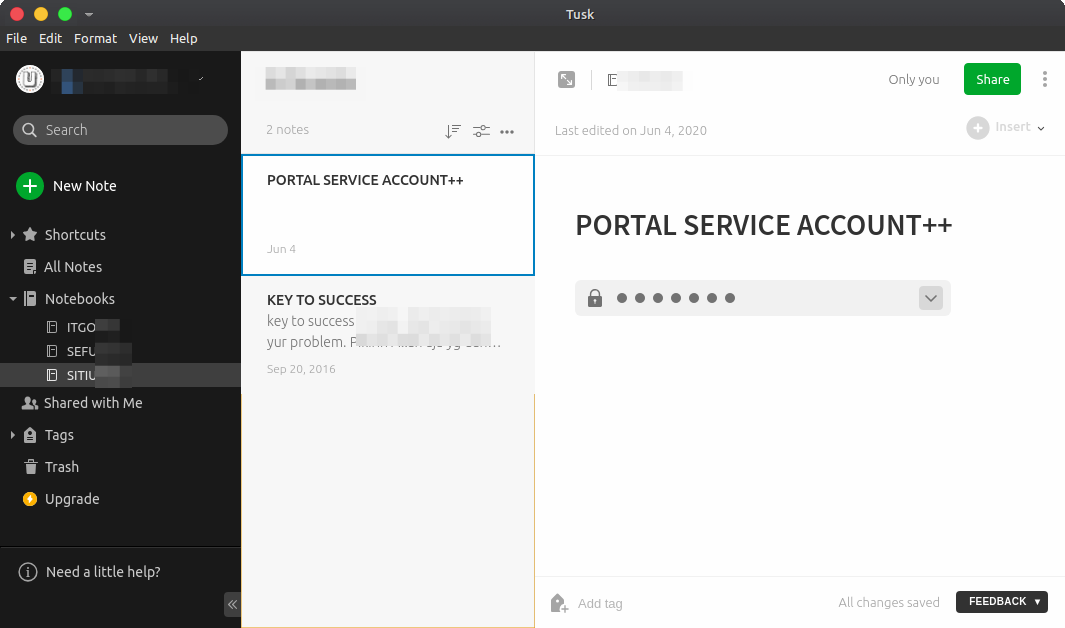 How to Install Tusk on Linux

Tusk is recommended for you who able to open this apps online because it will load the Evernote in same way the browser does. To install Tusk simply follow these:

Tusk is a cross platform electron based Evernote alternative, so you can install it on Linux, Windows and Mac. Installing also very simple all you need is to download the package that right for you from the Github. About the interface, Tusk such as the website version of Evernote added with menu bar as desktop application.

The most uncomfortable thing is you can not read your note for offline viewing. Its frustrating as if you are offline it will show a blank screen. If you want a capability to read Evernote offline, you can switch Tusk into NixNote2 but the interface is standard.

We have compared to another Evernote alternative on Linux and we found that we haven’t seen anything special about Tusk. This main features are the extra theme options it provides its users and probably it’s passion for minimalist design.