Simple Screen Recorder is a Linux program created by Marten Baert to record programs and games. There were already a few programs that could do this, but I wasn't 100% happy with any of them, so this usefull program created.

This desktop recording software originally created for simple use of usage by adding more and more features, and the result is actually a pretty powerful program. It's 'simple' in the sense that it's easier to use than ffmpeg/avconv or VLC, because it has a straightforward user interface. 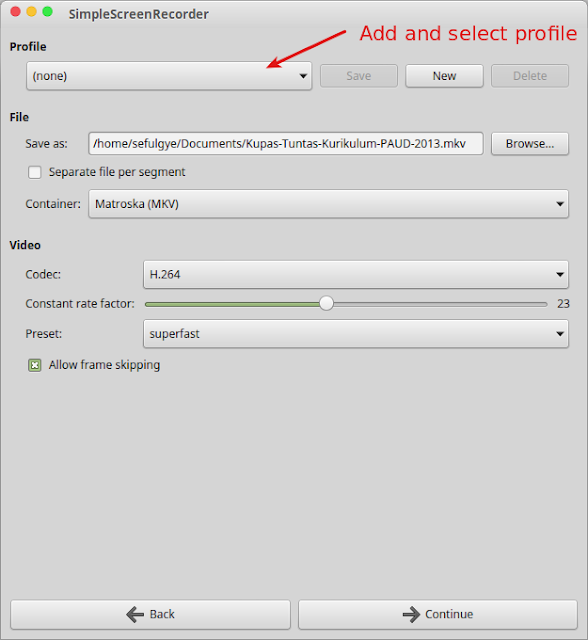 How to Install Simple Screen Recorder on Linux

SimpleScreenRecorder is a powerful app that sets itself apart from the myriad of application that can record the desktop on the Linux platform. It's one of the few that take aim at the gaming community and it's already an excellent solution. We can only hope that the developer will continue to improve it.

With Simple Screen Recorder, you can store profiles with the settings they have created, so they don't have to make the same modifications every time they open the application. The fact that they can choose the file format for export is a nice feature and something that apps on other platforms would love to have.

There doesn't seem to be anything missing from the application, with the exception of an FPS counter, but it's impossible to know how difficult it would be to implement that.

The procedure of recording requires the app to inject a library into the application that's being recorded. You really need to check if this is OK before trying to record with it, especially for recodring in online games.