No Multimedia Codec Linux Mint 18 + How to Install It

Linux Mint Operating System
LINUX MINT Monday, May 23, 2016
No Multimedia Codec For Linux Mint 18 + How to Install It? Please know that Linux Mint 18 drops multimedia codec for their ISO image based on Linux Mint Monthly News.

Multimedia codec is very important features for some people to play audio and video file format on Linux such as play mp3, dat, avi on Linux Mint. Unfortunately the developer of Linux Mint looks like follow the Linux Mint package based (Ubuntu) in order not to include the multimedia codec into their ISO image.

How to Install Multimedia Codecs on Linux Mint 18

The Linux Mint team decide not to release any DVD ISO image but similar to Ubuntu that will shipped without multimedia codecs. Don't worry you can install multimedia codec your self on Linux Mint by following ways:
So you still can play mp3 file during the live session from DVD. For your information, if you have a problem with Asus laptop with Linux Mint, now on Linux Mint 18 everything will work perfectly.

Please note that Linux Mint 18 (that will be released on June 2016) brings many software changes based on xapps :
Also Linux Mint bring new theme: the old theme called Mint-X meanwhile this new release will be named to Mint-Y which is provide the dark and light theme. You can see the Mint-Y theme below: 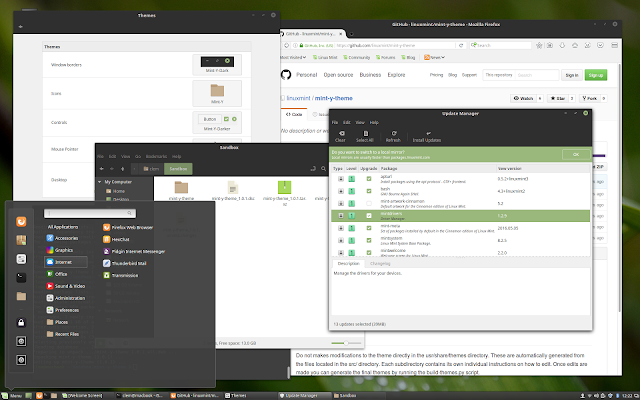 Linux Mint 18 may satisfy their user and bring new innovation to the desktop operating system from freedom came elegance! Screenshot above show that Linux Mint 18 Sarah will beauty and fast enough.

Before choosing a driver to download you need to determine if you need to install, reinstall, or update the current driver. The steps of driver installation depend on your software package, please see How to install Apps on Linux for clear tutorial of installation.

In Linux, you don't need to install new driver if you feel your current Linux run perfectly! Some times your Linux CPU temperature is too high, you need to inspect it caused by what? Most answer caused by the driver which is not properly configure. So here are some reasons to install or reinstall a display driver:

Here are some reasons to update an existing display driver: 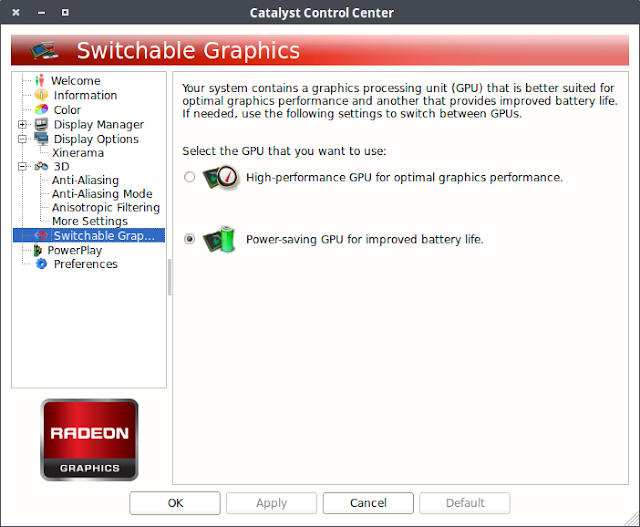 NOTE:  If you previously install AMD ATI driver, please consider to uninstall the driver first then do an update for the driver. Updating the graphics driver is not required even though a newer version is available.  If there are no issues with the performance of your system, software, and graphics hardware, then updating the graphics driver is not recommended.

Now that the reasons to install/reinstall or update a graphics driver have been covered.  Let us explore the available methods for locating a compatible driver on the AMD website and understand when and why to use each method.

All Linux version such as Linux Mint or Ubuntu has same flavor because Linux Mint derived from Ubuntu. Since Linux Mint has better looks it makes Linux Mint very popular for home and office daily use. Linux Mint offer a standard pre installed software that you need from the music multimedia to office suite, but it has standard driver which come by default.

You can install any AMD/ATI Linux Driver from here:


Please choose "Manually Select Your Driver" --you need to identify your hardware (graphic product and the type), then select the Linux version. That's very easy, here are some product from AMD ATI:

Linux Mint Operating System
LINUX MINT Monday, February 22, 2016
If you have to choose one, which one do you prefer.. .Should you Choose Linux Mint Mate or Cinnamon or XFCE or KDE ? Find the answer and comparison here!

Todays Linux Mint distributed under the 32 bit and 64 bit version with different desktop environment version such as Cinnamon, Mate, KDE, and XFCE. When you need to install the Linux Mint which one you should choose?

Linux Mint Cinnamon vs MATE vs XFCE vs KDE 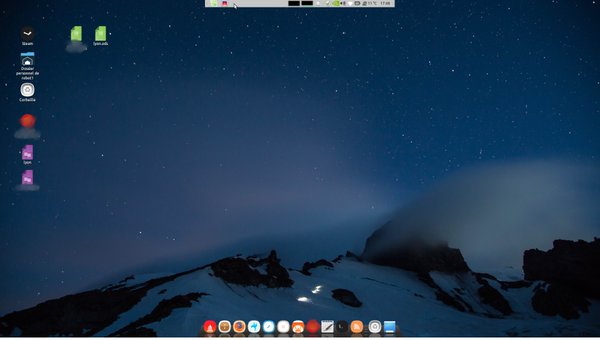 Linux Mint MATE is consuming a very low usage of memory. This is the best choice for programmer who run heavy program such as Android Studio, Eclipse, and soon which need to debug the developed apps. 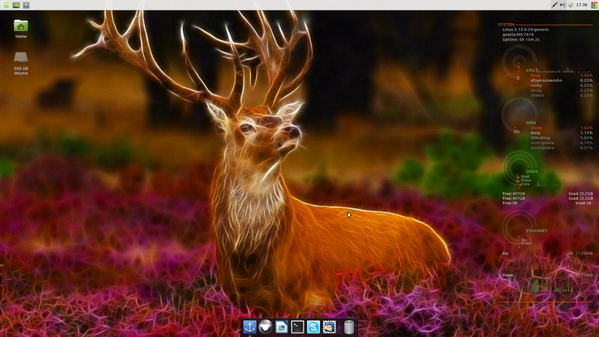 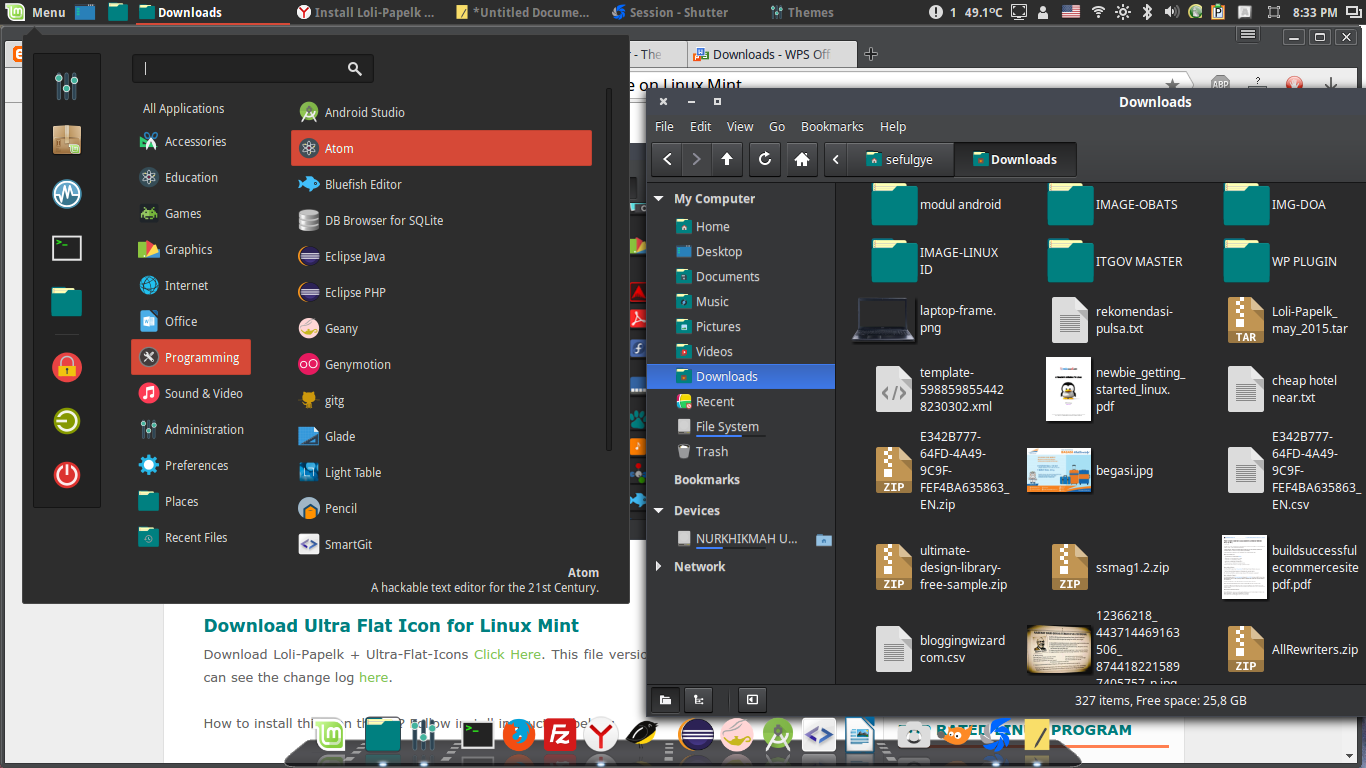 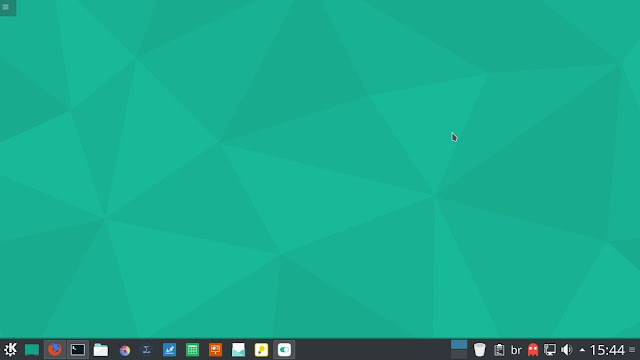 Linux Mint with KDE plasma is the best choice for computer or laptop with the high specification. We can say that this desktop environment looks like Windows 10, and for daily use we recommend you to use Cinnamon version for modern computer. Your Linux will run perfectly!

We have some physical test with Linux Mint 17.3 Rosa with several version of desktop environment. We use a Samsung NP355V4X laptop for this quick testing. The result for Linux Mint 17.3 as follow : 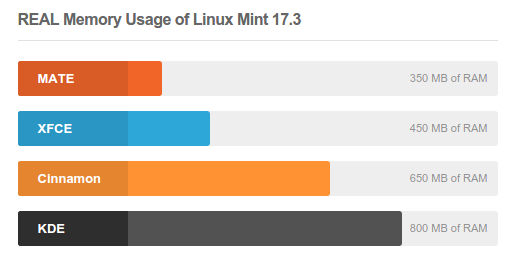 What is Cinnamon Desktop Environment

Cinnamon is a desktop environment that is based on the GTK+ 3 toolkit intended to Linux Mint distribution. The project was originally started as a fork of the GNOME Shell, i.e. a mere graphical shell, but became its own desktop environment in Cinnamon 2.0.

Cinnamon workspace is a desktop on Linux Mint which is contain Panel (including start menu, show desktop, files, applet, etc) and desktop background. You can add Linux Mint workspace if you want so you have two desktops or more.

For Linux Mint user with Cinnamon desktop, you can switch between workspace by pressing Ctrl + Alt + Right Arrow on the keyboard.

Too see all workspace press Ctrl + Alt + Up Arrow 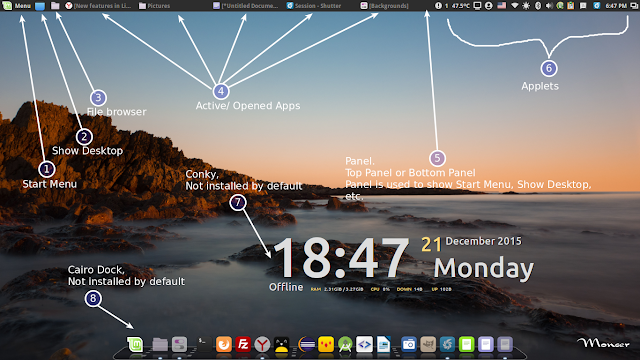 The parts of a Cinnamon desktop environment can be shown as picture above, we dive into detail as follow:

Cinnamon's Start Menu give a familiar user experiences and it categorize the Linux apps based on their functionalities such as Accessories, Education, Games, Graphic, Internet, and more. 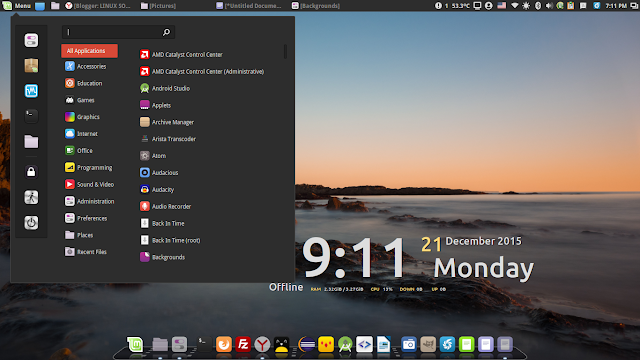 This "Show Desktop" features is similar on Windows 7. So if you click on the "Show Desktop" indicator icon...all opened applications will be minimized into Panel and you will see your desktop background.

List of active or opened application will be available here! From the opened apps, you can do a right click on them in order to close application, minimize it, maximize it, or moving it into another workspace. As mentioned above you can see all program you have opened by pressing Ctrl + Alt + Down Arrow on your keyboard.

Panel is a place which contain all of opened program, start menu, show desktop, applet, etc. In a Linux workspace contain panels, and in a panel contain applets and his friends. You can add more than one Panel in a Linux workspace!

Cinnamon applet is an indicator from specific program which is placed on the Panel. The Cinnamon indicator applet is very useful to manage your system or to notify you about something. You can add Applet as you want from the Applet setting window. Some default applet included are sound applet, power applet, workspace switcher, and many more.

Conky is not part of Cinnamon but it is shown on the picture so we explain here. Conky is a Linux program which is developed to show information about the network speed, system date, real time memory usage, weather, and soon. This is very useful apps.

Cairo Dock is also not the part of Cinnamon workspace. The Dock will provide a quick launch to your Linux program. This program inspired from Dock on Mac OS.

If the Windows operating system has the Startup folder which you can easily place any shortcut to a program that we want to launch automatically. In Linux Mint there is a way easier way to manage startup applications using a program called Startup Applications.

Startup Applications is The Linux Mint programs installed by default which can manage start upp application.

To Open Startup Applications on Linux simply click on Start Menu >> Preferences >> Startup Applications. A window of the program will show up then you have the option to enable or disable existing entries, edit or delete them and to create new ones - click on Add to do so. 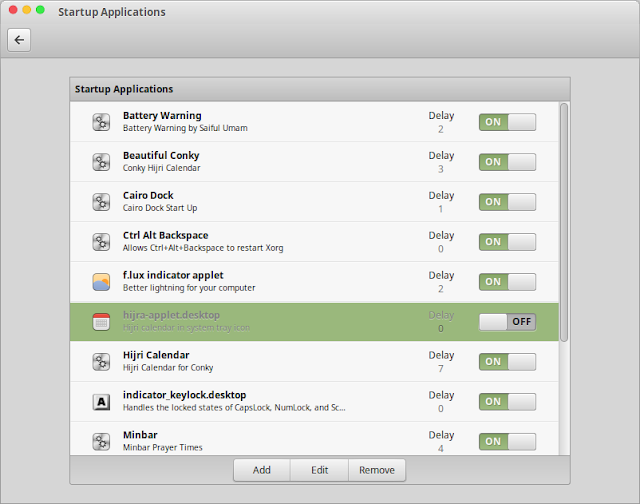 What You Can Do With This Linux Startup Applications

You can add, edit, or remove any startup program which is not useful to speed up your Linux Mint.

How to Add Startup Program on Linux Mint 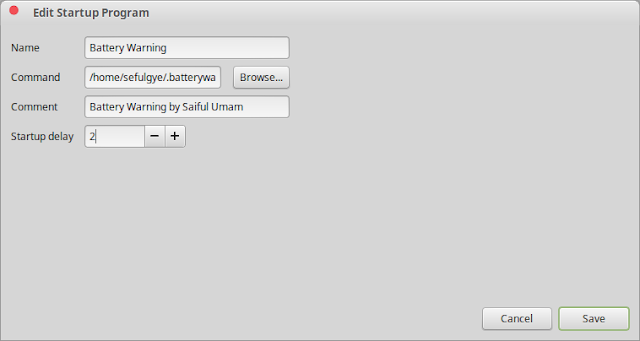 Linux Mint Operating System
LINUX MINT Friday, December 11, 2015
Ways to change default program on Linux, Choose the Apps Linux Uses by Default with Preferred App on Linux Mint. A default program is the program that Linux Mint uses when you open a particular type of file, such as a music file, an image, or a webpage. For example, you might have more than one music player app installed on your PC. You can choose one of them to be the default app that starts whenever you open a music file.

How to Open the Preferred Applications on Linux

Open Preferred App by clicking the Start Menu >> Preferences >> Preferred Applications
A window will appear such as below and has two tabs: 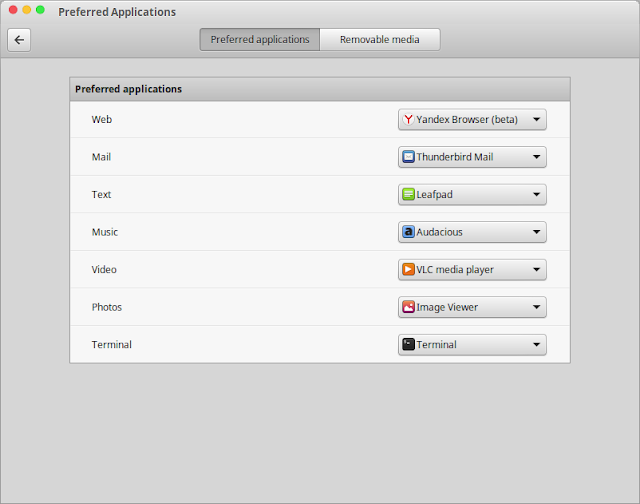 On the "Preferred Applications" tab you can make changes to default program on Linux. Here you can configure which program to open website, mail, text editor, music file, video file, photo, and Terminal which is used.

You can select your program from drop down lists as you want. Please select a program which is light and consuming less memory and CPU. 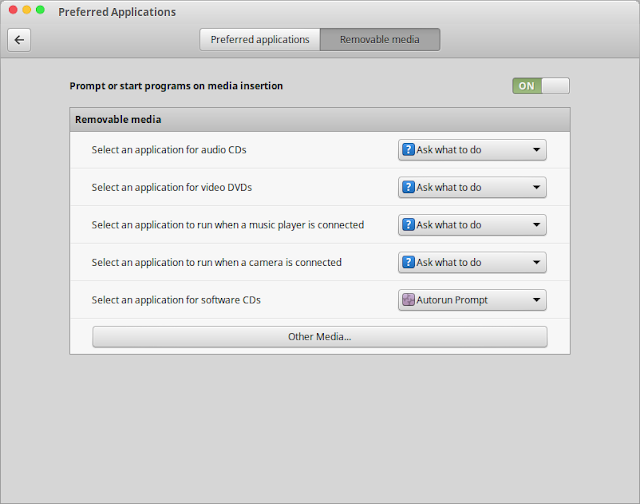 This "Removable media" tab on Linux allow you to configure removable media behavior on Linux Mint. You can also disable auto run program on Linux by make the prompt become OFF.

Okay guys there is no OK or Apply button here. Just select configuration as you want and it will apply to your system.

How to Change Default Program on Linux Mint Manually

That ways only cover a small range of files and program. If you have a file which is not associated with any Linux program or the mime type of your Linux installed program not configured properly you can set the default program manually by do these following: 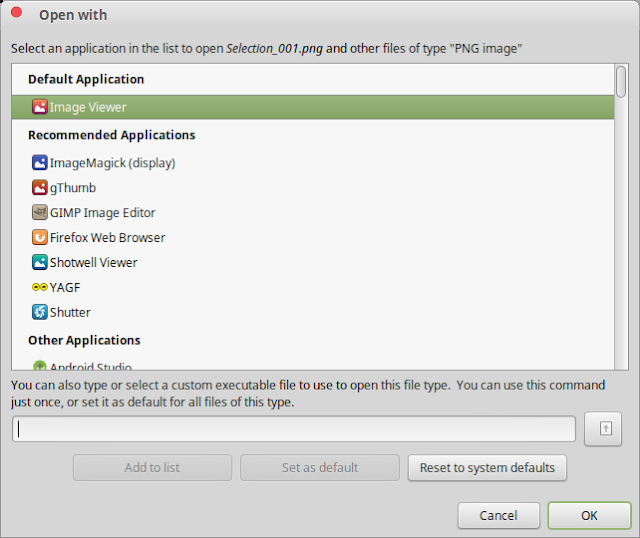 Now you can set any program you wanted, to open the file. You should know which program do you used to open so that your program will not crash.

What is Linux Panel

Panel is called by task bar on Windows operating system where the opened program placed. With Linux Panel you can access your application easily. This Panel definition is not related to web hosting panel on the server. 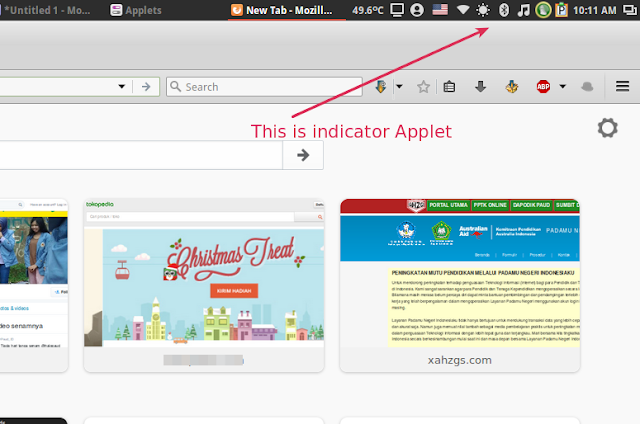 How to Add Applet on Linux Mint 17.x

Linux Applet is a Linux Mint indicator and showed as icon on the Panel. With this indicator applet your work more easier than before.

Linux Mint has so many indicator Applet which is very useful for daily use such as system temperature, display computer to projector, user applet, language, Wi-Fi setting, contrast, bluetooth, music, and may others. 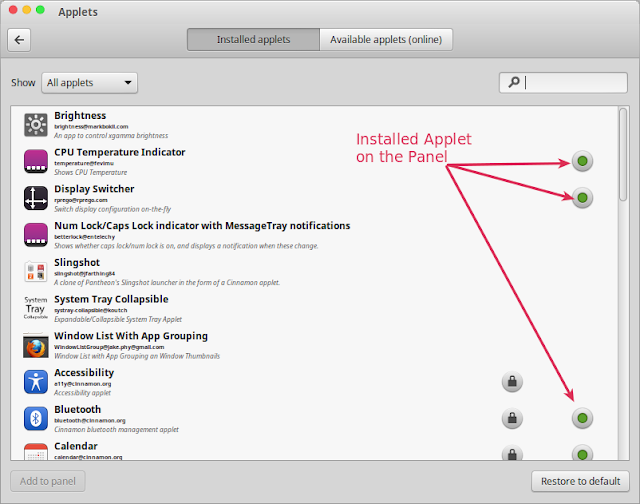 It will have two tabs: (1) Installed applets; and (2) Available applets (online)

Installed applets tab contain applets which you have installed or installed by default by your system.
The Available applets (online) is the online applet which is ready to download and install, please make sure you have an internet connection to to this.

Back to "Installed applets" tab, now you can see green mark which has mean that the applet is added into the Panel. You can customize the Applet from this window.

Click on the "Available applets (online)" tab, give mark on the Applet you want to install and click "Install or update selected items" button. Wait until download completed. It will be automatically installed on your Linux operating system.

Once you have finished downloading applet, you can applet to the Panel by using "Installed applets" tab. Click on the Applet you want to add to the Panel and click "Add to panel" button. Done!
Next Home
Subscribe to: Posts (Atom)